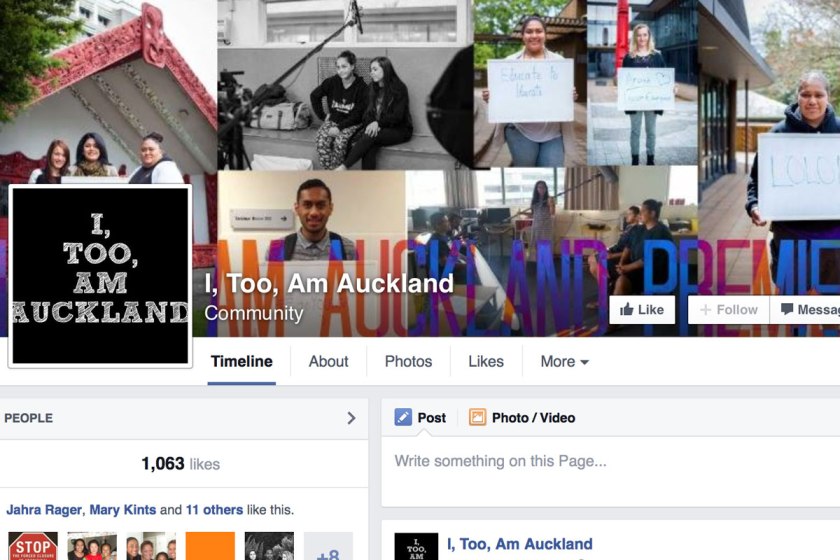 In the beginning of the week I watched the video I too am auckland where pacific islander and maori students at Auckland University are interviewed about their experience of attending the institution. Pretty much all the students who spoke had been in uncomfortable situations where they felt discriminated against because of their race and living in South Auckland.

It made me think of my years at art school. I never felt discriminated against because of my race or area code because like the students in I too am Auckland I’m from out South and of Polynesian heritage. What I did feel though particularly in my first year of undergrad was a disconnection between myself and my peers. My unease and inability to feel like part of the group stemmed from many things – I was the only Samoan in my year group, I had come from a high school that was a decile one and although I can’t be certain I doubt any of my peers went to primary school with christmas paper used as duraseal for books because their parents couldn’t afford the real thing. I was bigger than all of the girls and taller than most of them. I was obviously different and that difference in the beginning, was painful.

Talking to one of the original members of Hept (help each other pass together) about that disconnection he suggested that Polynesians that come from south auckland are used to being part of a shared consciousness rooted in communities and coming to the city severs that way of being in the world, it becomes individualistic. Forming a collective in art school was his way of adjusting to that change and it was successful for him, however creating a collective is not ideal for everyone so can we create a support system for current and future students?

What I find problematic is the lack of Pacific Islander tutors in central Auckland art institutions, for example both AUT and Elam do not have a full time staff member that is Polynesian (I know many of the tutors would love for this to happen and this is bigger institutional/budget problem).  It makes sense if you want create changes to show examples of contemporary pacific art work in your lectures, have Pacific Islander practitioners  as full time staff members so that the students can see a positive example of who they could be in 20 years time. It’s also important for the work that Pacific students make to be critiqued by someone who understands the politics of the work if its culturally sensitive, to call them out on things that other tutors might not necessarily see. In saying that I know that the tutors at Elam and AUT try really hard to support their Pacific students, Elam have  the Tuakana room and mentor role and AUT have a hapai mentor role which is fantastic, I can see that things have improved a lot in the past few years and I hope that it continues to get better.

Pacific students are a minority within institutions like Auckland University and AUT however the small number doesn’t reflect their intelligence or greatness. Having to change your naturally community oriented way of being into an individualistic one is not easy. But as descendants of ancient navigators that travelled the Pacific we are more than just Auckland, we are Oceania.