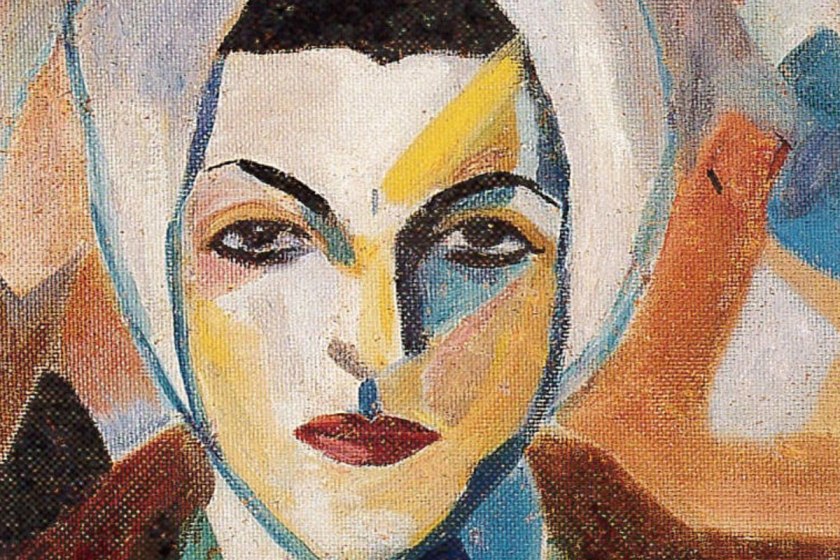 Out of Lebanon: Saloua Raouda Choucair

Lebanon has always been one of the most liberal Arab countries, contaminated by influences from both the East and West. Most Lebanese’s pioneers of modern art went to Europe, namely to London, Paris or Rome, where they attended art school. However, only during the second half of the 20th Century female artists started to flourish in Lebanon. Choucair, born 1916, is one of the most vanguardist woman artists of these first generations. She explored and experimented with new techniques and materials. Her work combines Western abstraction with Islamic aesthetics, simultaneously reflecting interests in Islamic art, poetry, architecture, science and mathematics.

The exhibition at Tate Modern features Choucair’ sculptures from the 1950s – 1980s, and early abstract paintings. A total of 124 artworks, express the quality and originality of her work as well as her perseverance and convictions in art and in life.

This exhibition starts with her stylised Self-portrait. During this time she was under tutelage of two leading Lebanese artists, Mustafa Farroukh and Omar Onsi. This artwork deserves space to breath and unfortunately is compressed in a corner between wall text and more works. In this room we also encounter her early gouache paintings (from the 40’s – 50’s) that express an interest in modular and geometric forms. Most of them are studies for subsequent works.

Other early paintings clearly reflect her visits to Egypt and France. The first was in 1943 sparking a passion for Islamic art. The later gave her an insight into European Modernism. She stayed in Paris studying at the École des Beaux-Arts and was in contact with the painter Fernand Léger and with the Atelier d’Art Abstrait. Examples of these influences are the three versions of Les peintres celebres, which seem to be based on Léger´s Le Grand Dejeuner, but instead of a harem of naked women having tea, Choucair painted women through flat shapes and bold colors. Perhaps this references how art, in this period, offered freedom and independence to women in the Arab world.

In Paris, Choucair participated in several art exhibitions, namely in the Salon des Réalités Nouvelles, 1950. In one of these exhibitions the Lebanese ambassador to France said disparagingly: “Your work is curious, Miss Raouda. Have you not done any Lebanese work for us?” [1], a comment expressing Choucair eccentricity compared to the figurative art of her Lebanese colleagues. In the late 50s, after a research travel to the United States of America to learn new techniques, she settled in Beirut focusing on her sculpture practice.

Her first sculptures explore the trajectory of the line. Line and curve quickly became the basis of her visual language, used throughout her career. At Tate Modern we see sculpture series’ like Interforms, Poems and Duals in dialogue with her paintings. Sculpture with one thousand pieces (1966-8), is formed by thousands of quadrilateral wooden pieces which sculpts a highly complex conundrum, evoking in some way architectonical structures. Poems inspired by the stanza style of Sufi poetry comprising of different modules stacked on the top of each other. While in Poems, the pieces can be presented either assembled or isolated, Duals, as the name suggests, presents sets each formed by two interlocking objects only making sense in pairs. Her practice is grounded on rules of Islamic religion and geometric design, but as Choucair stated in an interview, nobody was expecting that she would use engineering [2].

In the 60s, Beirut was the cultural center of the Arab world. Institutions and galleries were not only investing in the local art scene but also displaying internationally renowned artists. This electrifying atmosphere progressively disappeared post the 1975 Lebanese Civil War generating the migration of the critical mass and artists to Europe or the USA. Choucair though remained in Lebanon. In the third room we see Two=one (1947-51), an artwork damaged by bomb shrapnel during the war, bearing memories of this conflicting period as well the circumstances in which Choucair remained working.

Choucair was a very rational artist conscious of every detail, exemplified by repeated experimenting with design prototypes across different materials. Her meticulous prototypes reveal every detail. These marquette’s are in the third room, displayed in an inset store window, alongside a selection of documents, drawings, and everyday objects made by the artist.

Finally, in a square dark grey room with a precise illumination, on a white plinth are some of her experimental Plexiglas, steel and nylon thread sculptures with centrifugal tension. These 1970s sculptures reflect Choucair’s ambition to incorporate water and movement into her practice. During the 1980s and 1990s Choucair started to receive recognition of artistic practice in Lebanon. She was asked to do some commissioned public projects, and some of them still remain in Beirut’s landscape, as the sculptures at Bachoura or in the Gibran Khalil Gibran public garden at Zokak El Blatt area [3]. In 2011 she had a major retrospective exhibition titled Saloua Raouda Choucair: The Retrospective at the Beirut Art Centre, in Lebanon, with more than three hundred artworks.

Saloua Rauoda Choucair now 96 years old is one of the most respected living artists from the Middle East, now becoming accepted as a significant figure in the history of global modernism. This exhibition at the Tate Modern is an important milestone in the worldwide recognition of her work. This was a hard and tumultuous journey; as “she was in the wrong place at the wrong time, (…) she was a woman when female artists were rare; a Druze, which meant she was ostracized by those of other faiths; and she was caught up in the violence that beset Beirut between 1975-90” [4], but ultimately and against all odds she surpassed imposed limitations by following her own convictions, something that will always be associated with her character.