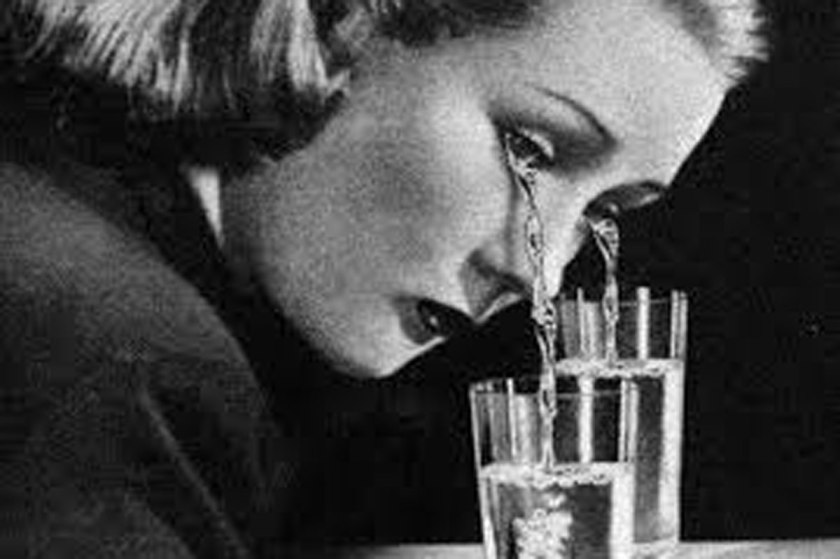 In recent months a substantial amount of social media commentary in ‘progressive’ spaces has been marked by the flowing of ‘white tears’, or Pākehā justifications for racism. This type of symbolic violence reveals an ignorance on the part of passive or well meaning Pākehā that must be challenged if these spaces are to become safe for all people.

For many, Waitangi weekend is a time to highlight a history of Aotearoa that is desperately pushed aside by mainstream Pākehā society. A history of colonial theft, exploitation and genocide. It is a time of dissent and resistance, reminding those intent on forgetting, that this history lives and breathes. It is also a time when the most explicit racism that exists in our society comes to the fore. Babbling, defensive Pākehā, faced with the reality of our belonging and history in this land, go to great lengths to silence the truth and maintain the collective amnesia that so comfortably upholds the status quo.

It is also when the music festival Chronophonium is held. The festival attracts, it’s safe to say, an alternative music and arts community, predominantly from Tāmaki Makaurau. This community has a generally ‘left leaning’ (for lack of a better phrase), ‘progressive’ core, which is why it makes sense that people got pissed of at a white artist at the festival wearing a “$2 shop Hawaiian lei” which he was told to take off. For some reason, festivals are some kind of incubating chamber for white people appropriating Indigenous cultural symbols and taonga. Lei are no exception.

In the words of Hawaiian activist and writer, Anne Keala Kelly;

“I’d like to say, on behalf of every unapologetic Hawaiian whoever did or will live, the following: when people throw those parties and give those lei, they look like they’re eating vomit, culture vomit to be exact. Because that’s what it is. It’s so clearly intended to mean as much as one of those party favor whistles you can find at a kid’s birthday celebration. And yet, it’s a specific appropriation of something traditionally Hawaiian, so there’s a little race hatred mixed in.”

It’s unfortunate that this shit still happens in a community that attempts to create spaces that don’t engage in and yet further systemic oppression. But it does. What is more troubling is the response. The lei example is just the latest in a host of social media displays of racism where, instead of confronting, dealing with and changing racist behaviour, news feeds and threads are flooded with white tears and unaccountability. It’s less about the artist thinking it was ok to take a commodified version of a taonga from a culture brutalised by colonisation and treat it like a glow stick or a herbal high. It’s that he felt safe enough to cry about getting told off for it to this online community. And this opens up a more insidious issue – a culture of acceptance and passivity.

On more than one occasion over the last couple of months, white people in this community have attacked accounts of lived experiences of racism on Facebook. Alongside attacking people’s experiences, there is a trend of commenters expecting to be educated. When white tears fall in response to someone’s personal experience that they wish to share, or when confronted with ideas of racism it isn’t up to those affected to wipe the tears and play the role of educator. But for some reason, it has become normal to expect this behaviour.

As put by Clara Chon in one of these educational instances:

“It’s actually amazing you can’t ever talk about experiences with racism without having people shade you for racebaiting. No, you don’t derail the conversation, make it about yourself and get mad at the person for bringing it up. You get angry AT the person perpetuating the stereotype of white people being racist. Of course not all white people are racist, we all know that – just like how not all men are sexists. When someone talks of white privilege, it’s not implying that white people will never struggle in life – what it means though, is that as a white person you will not have your whiteness affect you negatively, be it your everyday encounters with people, eurocentric standards of beauty in media, immigration policies, housing etc. Before you go all ‘oh boo hoo these POCs think I’m racist I better correct them’, ask yourself why you feel the need to invalidate other people’s direct experiences with your limited understanding? If it’s not about you and you are not racist, why are you being so dismissive? Also it’s super patronising to question someone’s intelligence for even daring to talk about racism, pls check yourselves.”

Defensive comments on social media give recurring examples of how systems of oppression can be rhetorically reinforced. Aside from expecting 101’s at any given time, re-framing situations of violence according to a rhetoric that dilutes the situation in the interest of comforting the oppressor is an act of violence. For example, it is not ok to refer to a racist problem as a ‘race problem.’ All too often white people who are confronted with, or have to respond to situations that occur because of racism subtly change their language to describe such situations as occurring because of an issue of ‘race’. This results in framing the conversation around the idea that the source of the issue is abstracted from the person or the structure that inherently or overtly oppresses that person. This relieves those who are part of the problem from any responsibility to change it. Brian Jones explains this with the example of the line ‘he was shot because he was black.’ But as he points out, black skin doesn’t attract bullets. He was shot because the shooter was racist, because society is racist. This mirrors the point above: why do people either ignore, or get mad at the idea of an issue, instead of the person who perpetuates the issue itself? Diluting reality in the interest of comfort is not ok. It is the problem.

We need spaces of decolonial self-education. It’s ok not to feel confident or well-educated within this conversation, there is always a starting point. What is important is how a person’s lack of knowledge is then approached, with a genuine engagement in understanding personal implications within systems of oppression. Why stand in solidarity with an issue that seemingly doesn’t affect you? Why bother moving conversations toward difficult topics when irony and removed gestures are so well accepted and supported? Because, to quote Chon again,

“ignoring only exacerbates systematic oppression which operates not just on race, but also on the indivisibly linked levels of gender, sexuality, age and class.”

Whether it’s in micro-aggressions and violent behaviour within art spaces, online debate, a racist party on K’road , or an exhibition of glitter rolled race hate vomit, it isn’t good enough to remain passive. That doesn’t mean satisfying your own ego by vaguely distancing yourself sometimes, and being on the ‘right side’. It means speaking up when it’s difficult, creating safe spaces, and thinking about space. Listening, following and standing behind. It means self-education and meaningful change.

That, or amnesia, and eat vomit forever.