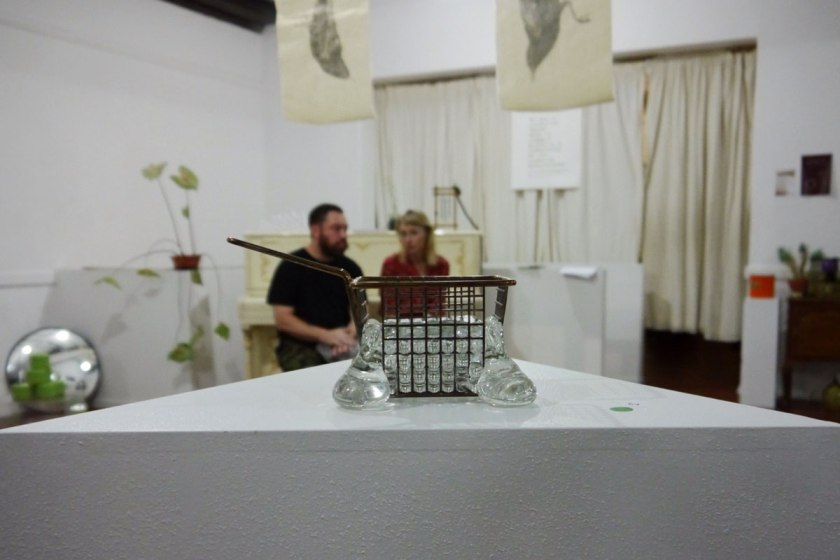 The YES Collective is leaving K-Road, but not by choice. Rents are rising, leases have been abruptly cancelled, artists and artisans are being pushed out to make way for the shiny, the new, the very expensive. These are, of course, the final steps in a gentrification process that seems as inevitable as the tide – a process that actually began decades ago. Nonetheless, around K-Road, ‘gentrification’ is once again the word on everyone’s lips.

So, YES has to go and, what better way to leave than with a show (or two).  If it helps to recoup the losses and pay off the debts incurred by running the space, then so much the better.

Since 2014, the YES Collective have operated their K-Road loft as a “catalytic space”, open to all creatives. Projects, exhibitions and other artistic endeavours run by the collective have tried earnestly to be inclusive, provocative and forward thinking.

A one-night-only event, The Makers was the penultimate of four final YES Collective experiences. The previous two involved a pot-luck dinner, games evening and a sound and video show.  By contrast, The Makers was a much more traditional, gallery-style object exhibition. The space is well suited for such a showing. The smooth wood and clear walls don’t distract from the works. There is even a little plant life to keep the “white-cube” feeling away. Live music (and later on a live DJ) added to the atmosphere of that night, and as for the works themselves: the tagline “Hand-crafted and exquisitely made” was on point.

I do have to admit, there was less range than expected from a show with such a broad title. Glass dominated the event, with enough variation between the artists to prevent deja-vu. Besides, the works were beautiful. A particularly fantastic, tongue-in-cheek piece by Matthew Hall involved a tiny replica of a deep fry basket, clear glass oozing through the gaps in the mesh, eerie and fluid and inherently humorous. A collection of other candy-striped bits and pieces were strewn casually about the space, sitting amongst all the other works in playful contrast.

So far, so good, and it was easy to get lost dissecting the delicately handmade aspects of these works. Kate Mitchell’s work in particular is always gorgeously tactile and process-driven. The act of making is laid bare. Her single piece – a frosted pink, cast glass lacy bra – was one of those ‘how on earth’ moments, where you have to seriously refrain yourself from picking the fragile work up for a closer inspection.

The most emotionally loaded set of works was also one of the few non-sculptural, non-glass pieces, by Kate Rutecki. A duo of inked birds on paper, hanging from the ceiling, caught roughly in superfine nets knotted with silver thread. Struggle was implicit in the work, evoking oppression and loss of freedom, but it was the craftsmanship that made it hard to look away.

I think I was expecting something less slick, less shiny, less sellable from the overall experience. When a term like gentrification is used to promote a final set of shows, a final fundraiser, it’s implied that these shows will in some way address that said term. Craft work in particular has such a unique ability to engage with its message and audience, it’s a shame that many of the works here were largely passive. I suppose I simply expected too much from The Makers.